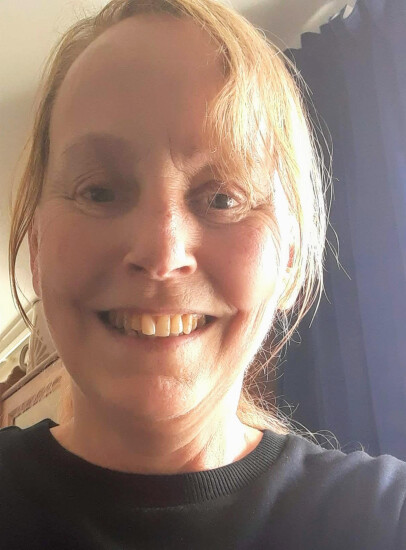 I had been experiencing irritable bowel syndrome like symptoms and losing wieght since Spring of 2016.

I  had a colonoscopy in March 2017 which revealed that I had secondary breast cancer in the bowel.

I have been on Capecitabine since I was diagnosed in 2017 - so nearly 4 years.

Initially I had very bad hand and feet syndrome for the first year and had to be hospitalised a couple of times due to the drug upsetting my stomach.

We ffinally found the reduced dose (the lowest possible - ongoing concern that it wasnt therapeutic - but it was!) which was still effective with the least symptoms.

In February this year, follwing a scan , which suggested there had been a change,

I was given a change to my medication and - since April I have been taking Palbociclib and letrozole.

I wish I had found SBC sooner. Being able to get support and advice from people who have and are experiencing the same illness as myself - or who have experience of the same medication - is unbeatable!

Don't panic!  If you can - have someone with you at appointments to take in all the information which you may find hard to process and remember when you are just trying to deal with the diagnosis.

Find and get information and support from experienced people outwith your clinical team so get in touch with SBC and get involved as soon as possible. The info and support from the NHS is very good but - of course - it is clinical. SBC people give you a very personal response to your condition and - I have found - a different and new positive perspective on what is happeing to you. There is life after a secondary cancer diagnosis!!

The Macmillan cancer support charity is also fabulous. I have so much to thank them for - from a financial grant to help with claiming benefits to support with returning to work with necessary adjustments.

If you can get to a Maggie Centre they can offer so much - tea, cake and a chat, counselling, meditation and relaxation courses, help and information re your diagnosis and treatment  and - a nice place to hang out between appointments at the hospital.

Orkney. My husband is from there and it is a place that gets in to your bones!

However - for sun etc - Spain. Before lockdown I was starting to visit cities  - so far Seville , Madrid and Granada- over a very long period!

When we are allowed again I want to go to Cadiz, Cordoba and Ronda next.

Oh dear. Nothing uplifting! I am an addict of Skandi noir - the colder and darker the better!!!

I enjoyed the Terror and Fortitude. Currently enjoying Mare of Easttown very much.

I think the series Keeping Faith is very very good.

and a brilliant series with Lesley Sharp called Afterlife. All scary!!!

Re films - once again I tend to love the dark and scary - esp ghost stories.

I love The Lovely Bones and I think Rear Window is one of the best films ever!

Sorry! I am definitely not the right person to recommend nice feel good tv and films!!

Far from the Madding Crowd, The Shellseekers, The Lion the Witch and the Wardrobe series, Jane Eyre. The Eagle of the Ninth and anything by Rosemary Sutcliffe.

I do find a lot of childrens books uplifting and quick and easy to read when you are feeling poorly. Michael Morpurgo is fabulous. War horse is my favourite.