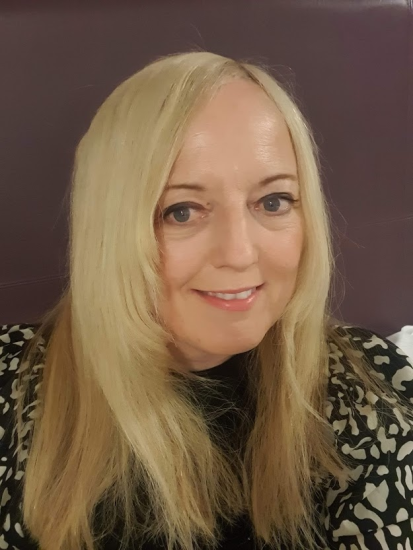 I had months of sciatica, severe neck pain, indigestion, terrible fatigue that was being treated as either the menopause or depression by the GP. I had enough one day and took myself to the Emergency Department stating that I had fallen over and had severe neck pain. They scanned my neck and at 0300 the following morning told me I had metastatic cancer. They then referred me to oncology where I was seen the following week and the cancer was confirmed as triple positive sbc widespread bone mets and liver involvement. There was a 2cm tumour in my DIEP recon that was picked up on an ultrasound scan which was the culprit. I had DCIS in 2006.

What has been your treatment journey?

After a MRI of my whole spine, I started 10 sessions of  radiotherapy the following morning T4 to L2  for a worrying tumour that was impinging on my spinal cord. I then went back for 10 more sessions on the base of my skull and cervical spine. Then I started Taxotere, Herceptin and Perjeta and denusomab. After I finished the Tax I started on Tamoxifen. I am now on HP, denusomab and tamoxifen.

I feel very lucky in that my treatment felt aggressive and that the oncologist knew exactly what to do. I am now stable on that concoction and will stay on it while it suits me. I can now walk 5 miles a day, have zero indigestion and I have returned to work 2 days a week.

Less information at the beginning would have made things easier. The bombardment of info and handbooks and appointments and other things was overwhelming. At the end of the day all I needed to know was when to turn up.

Dont google your cancer. It provides no useful information and will just scare the living daylights out of you,

Take a notebook or ask the oncologist to record their conversations with you.

Ignore friends who enter into a competition with you and their minor ailments. Literally walk away.

Put your faith in the treatments. Add in any other complementary treatment but check with your oncologist if its herbal or supplement based.

Tell your oncologist how much info you want. I have opted for minimal so that's what I get.

I grew up until I was 5 in Co Fermanagh Northern Ireland and its the only place I really want to return to.

An afternoon with Marguerite - French Film