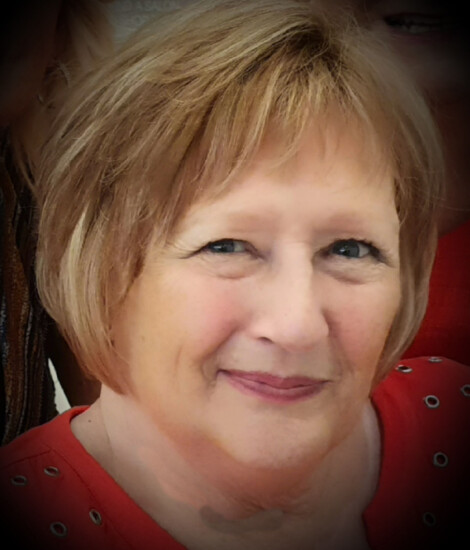 Way back in 2012 I became suddenly seriously unwell with “unexplained anaemia” and had an emergency dash to hospital and 5 units of blood transfused.

I was discharged and referred to a gastro consultant who despite my insistence kept telling me I’d had an unnoticed bleed. Endoscopies, colonoscopies and capsule endoscopies followed.  Lots of them repeated. Often.  This pattern continued with me having 3 to 4 units of blood transfused every 4 to 6 weeks for over 5 years.   I was even told I must be delighted and relieved to know that nothing was wrong with me. Except I was not relieved and neither was I well. I was still having to have blood transfusions every 4 to 6 weeks.

Things changed after years of repeated gastro tests which were all inconclusive.  I had unbearable pain in my shoulders, back and neck. My doctor referred me to a physio. The physio was concerned about my pain level, constant blood transfusions and peripheral neuropathy and numbness and loss of sensation in areas of my legs and arms.  He sent me away without treatment and communicated with my GP to urge full spinal x rays and MRI scans. There was exchange with my GP who said the physio should refer and the physio saying it had to be the GP and me stuck in the middle knowing damned well it’s the GP who has to refer.

Over those days I got so I could barely move. I struggled to use my left arm or left leg. Then I coughed and it was like an electric shock and dropped me to the floor. When my partner tried to help me up I couldn’t feel my left leg at all.  We bypassed the GP and went straight down to the Emergency Hospital where I was triaged through as an emergency to have CT and MRI scans and x rays and a range of diagnostics. It turned out I had 11 fractured vertebrae and spinal cord compression.   I was immediately told that it was cancer and with strong possibility that it was multiple myeloma or metastatic cancer though there was no sign of a primary tumour anywhere.   I was sent to the spinal trauma unit at the Royal Victoria Infirmary in Newcastle and had extensive neuro spinal surgery.   Histology of sample from bone marrow and my spine confirmed that diagnosis and also something called immunohistochemical staining of bone marrow biopsy.  I was also seen by a breast cancer oncology consultant at the Freeman (Northern Cancer Centre) and had further scans including a bone scan and told that it was most definitely a primary breast cancer which unusually was an occult one: oestrogen positive (or E+), HER2 negative (human epidermal growth factor receptor 2).

I regularly checked my breasts and always attended for mammograms and thought that was me home and dry. But OBC means there’s nothing detectable either on physical examination or imaging such as either an ultrasound or even mammogram.

It turns out that OBC ordinarily presents only when it’s advanced and with such as anaemia or thrombocytopenia (low platelets), then as it progresses with metastases to such as bones, lymph nodes and lungs.

Too many of us with all types of stage 4 Breast cancer have poor and slow diagnosis but the features of OBC make it a real challenge to diagnose because there is no detectable primary cancer.

It goes rogue when it’s at a cellular level. So the good news is there’s nothing in the breast at all but the bad news is that by the time you have any symptoms it’s already gone to stage 3 or 4 and if symptoms like anaemia are ignored then it will be wide spread.   When I was diagnosed mine was already in my spine, skull, pelvis, scapula, ribs, femur, hips and knees.

The spinal surgery fixated my spine with a massive titanium structure running through my neck and right down my back. There's 2 main areas of support engineering. At at C2 to C4 then a great huge load of scaffolding, screws, plates etc at T2 to T9. I spent a couple of days in a high dependency unit and then a month in the spinal trauma unit. Post surgery the pain was immense, I still had no feeling in my left leg and numbness across my midriff and arms. When I was discharged I was in contact with MacMillan nursing and because the relationship had broken down with my GP. The MacMillan consultant and nurse were brilliant in helping me with a considerably improved pain management regime and to such an extent I was able to get on top of it. Once my surgery healed after about 8 weeks I had radiation to my spine.  Initially it was planned to do this over 6 sessions but because it was so difficult (painful) just sitting in the car for the 120 miles round trip to hospital the decision was taken to give me a very high dose blast in one treatment. I was sick as I left the hospital and was very shabby for 3 months. I’ve never known fatigue like it and had no appetite at all.

I’m on targeted chemotherapy:  specifically on palbociclib and Leterozole and with 4 weekly denosumab via injection.

It would have been absolutely fantastic to have had a GP (and Consultant) in the years prior to diagnosis who had a clue and were intellectually curious. Who listened and could join the dots. Who didn’t think you could just keep doing the same and expect to get a different result. Who understood that there was such a thing as occult breast cancer whereby it can go secondary even when it’s just at cellular level and undetectable via routine mammogram. When discharged from hospital I had to wait for such as wheelchair and other aids for over 6 weeks. I had to purchase my own lift to get in and out of the bath and a mobility scooter. I really feel for women who do not have available income so have to do without things to basically function.    It would have been good to have been given details for such as Make 2nds Count, Maggies, Breast Cancer Now and MacMillans.  All offer great support but I had to go find out and go figure.

My advice to anyone newly diagnosed is to try to take to adjust to the physical and emotional effects.  In truth I was relieved to have a diagnosis at long last but I absolutely recognise that the diagnosis of incurable advanced cancer is shocking and difficult to come to terms with.  Reach out to organisations and good friends for support and find out as much as possible about your cancer and treatment.  You need to be able to understand what’s happening and to ask questions if you don’t.  You have to be your own advocate and to have informed discussions with your oncologist and specialist breast cancer support nurse (if there is one).

If you can get to a Maggies Centre, then go.  Join Make 2nds Count and meet others who genuinely understand and support each other.

Listen to your body and do what’s right for you. Be kind to yourself.   Remove negativity and the emotionally needy and greedy from your life.  You don’t need it and it can drag you down.

Don’t stop living your life.  Live your best life and do what you can when you can.

I'm an avid reader so this is like being asked to name your favourite child! Return of the Native by Thomas Hardy.  Tess of the D'Urbervilles.  Indeed anything by Thomas Hardy.  Crime and Punishment by Fyodor Dostoyevsky.  To Kill a Mockingbird by Harper Lee.  Wuthering Heights by Emily Bronte, Margaret Atwood 'A Handmaid's Tale', Robert Tressel's 'Ragged-Trousered Philanthropists'