8th May 2021 by Juliet Fitzpatrick 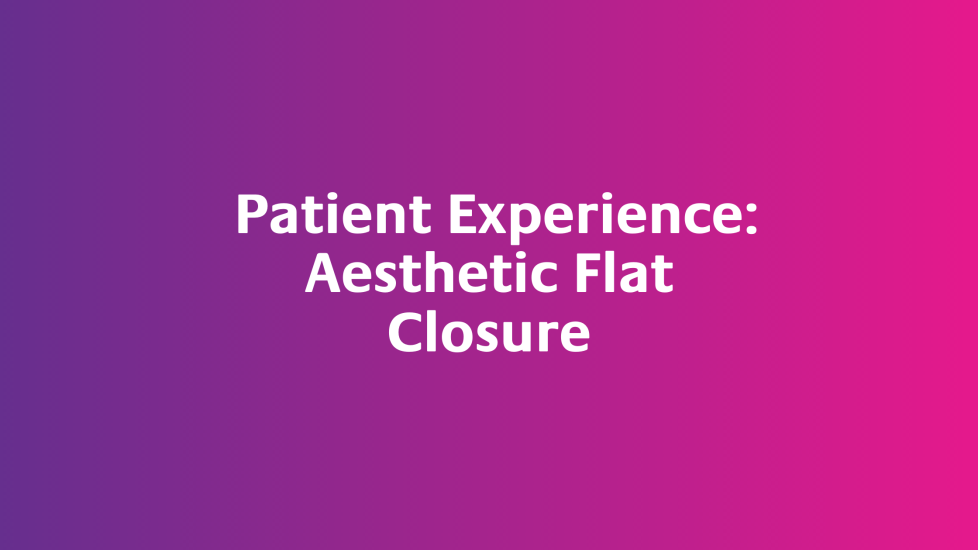 What was your experience of the period just prior to your lumpectomy?  Was everything explained to you about the type of procedure, options available and what to expect from recovery?

My treatment plan was originally lumpectomy, followed by radiotherapy. My surgeon and breast care nurse did explain the lumpectomy procedure pretty well and fully to me and my recovery was good. However, the tumour was much more widely spread through the breast than expected and so they couldn’t get clear margins. That’s when I was told that I would have to have a mastectomy and also chemotherapy because the tumour was HER2+ so I needed to have Herceptin.

My memory of that appointment is that I was told without much care and compassion and that I was very shocked that I was to lose my whole breast. The procedure was explained to me but I don’t think that I really took in the details. I know I was told that I’d probably have a drain and that I’d stay in hospital for at least one night. Reconstruction options were discussed. Because of the size of my breasts (34GG) my only option was DIEP flap and the surgeon did talk me through that. It was referred to as a tummy tuck and a boob job on the NHS – not appropriate in my opinion. The breast care nurse even said that I’d be able to buy new jeans in a smaller size. The length and complexity of the procedure did worry me as did the fact that I’d probably need to have a reduction on my remaining breast to even me up. I was referred to see a plastic surgeon who would go into more details with me. At the time, I was still expected to have radiotherapy so I wouldn’t be able to have immediate reconstruction. I think they said that I wouldn’t be able to drive for around six weeks and that I’d need to do the arm exercise to regain a full range of movement. The issues that might arise were discussed, like seromas and haematomas and cording – this all made me even more anxious. What I wasn’t told about were the dog ears or loose flaps of skin that might be present. They came as a shock to me – I thought they were swellings and would resolve.

At no time was the option of not having reconstruction discussed with me. The assumption was that I would reconstruct because that’s what women do. I had no experience of breast cancer or mastectomy and didn’t know anyone who had gone through it and so was unaware that flat closure was an option. I couldn’t make an informed decision as I didn’t have all of the options. I discovered myself, after some Googling, that staying flat was a totally valid option and that’s what I decided to do. I asked my surgeon if I could have a bilateral mastectomy but he refused, stating that I should take more time to consider and the priority was to remove the cancerous breast. I accepted this on the understanding that we would consider again a second mastectomy once I had lived with one breast for some time. In the end it was eighteen months before he agreed to a contralateral prophylactic mastectomy in November 2017. I have never looked back and am so much happier living totally flat.

I’ll talk about both mastectomies as recovery was different for each.

I was shocked when I woke up after my first mastectomy. I didn’t want to look at my chest and only did on day 2 I think, encouraged by my daughter. I had a drain which I hated and I had to insist on being allowed home with the drain in place. I didn’t want to be in hospital for a weekend just because no one was available at 4pm on a Friday to talk me through drain maintenance. I spoke to my surgeon on Saturday morning and was allowed to go home. I’d had sentinel node biopsy and that wound was more painful than the chest wound. I developed a slight seroma but that disappeared on its own. I had a lot of nerve pain, both shooting pains and pins and needles up and down my arm. I managed to start the arm exercise within a few days and did them diligently! I got used to the mastectomy scar and was happy to massage and touch it. The scar under my arm did open up and it became infected – that was annoying as I had to keep going to get it redressed – and I developed cording in my arm. Fortunately I was able to access a specialist physiotherapist who got it under control pretty quickly. After that I got back to driving and my usual routine pretty quickly – about four weeks I think.

The second mastectomy was much more straightforward as there was no lymph node surgery. Recovery was straightforward and a bit quicker. I think the main problem I had was nerve pain which seemed to go on longer than with the first mastectomy.

I feel great now. I’m very happy living flat and I don’t wear prostheses or a bra. I feel much more comfortable and happy with my body as a totally flat woman than I did when I had one breast. I think the only thing that I notice is a feeling of tightness on the cancer side of my chest. Both of my scars are pretty neat and I’m happy with the aesthetic flat finish that I have. I do have a few dog ears under my arms and I had one removed in the middle of my chest.

I do think that women should not have to fight so often to get surgeons to listen to them about what they want to do with their bodies when faced with mastectomy. Many of us do want to stay flat but we have to find out about that option ourselves. It seems to me that some surgeons think that all women want to have the body that they had before, or at least as close to it as possible. And that just isn’t the case. I know of cases where surgeons have agreed to give a flat closure and then leave some skin pockets in case the woman changes her mind. That is unacceptable and I see it as flat denial. Perhaps it would help with achieving an aesthetic flat finish if mastectomies were performed by plastic surgeons or if general surgeons were trained in the techniques to achieve a flat finish.

Informed consent is paramount with all procedures and that cannot be achieved if the patient is not presented with all of the options after mastectomy. That includes the option to stay flat and have a smooth flat closure.

I wanted to have my second breast removed so that I could be symmetrical and not because I was worried about recurrence. Surgeons often say that they don’t want to remove healthy tissue but don’t think about their patient as an individual with individual wishes and concerns. Most women who want to have a mastectomy for symmetry are required to see a psychologist and I understand that to a certain extent. However, I do not understand why the same is not the case for women who want to undergo a difficult and gruelling surgery such as DIEP reconstruction. It took me eighteen months before my surgeon agreed to do the second mastectomy and he only agreed when I asked him why he thought I’d be happy living so lopsided for the rest of my life – I was sitting topless on the edge of the examination bed at the time. I think he then understood what I had been talking about for all of those months.