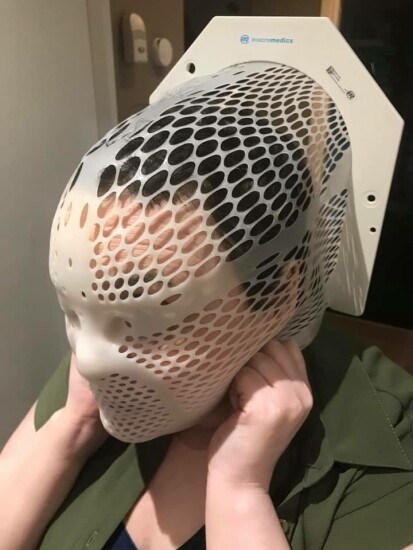 ‘It’s in your brain’. As I heard my oncologist relay the results of my scan to me, I felt my blood run cold. In that moment time stood still. I knew that she was still talking to me but the sounds were muffled and my focus became dazed as fear consumed me. Truthfully, right there in the moment I thought that was it. Any hope I had mustered in the 8 months since I was diagnosed with SBC quickly diminished.

In the days that followed, I started to process what lay ahead. A 4cm front lobular tumour had to be removed urgently. I was becoming symptomatic with my eyesight, memory and inability to type out a message on my mobile phone being key indicators. The tumour was successfully removed by Craniotomy (open brain surgery) on valentine's day 2018. 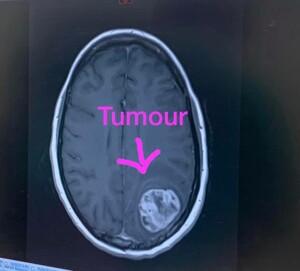 To ‘mop up’ the area surrounding the tumour my scans were sent to the Harley Street Clinic in London to be reviewed by the Cyberknife team. Cyberknife is a form of stereotactic radiosurgery (SRS). With non-invasive sub millimetre accuracy it was the ‘bolts and braces’ approach to giving me the best chance of the brain metastasis not returning.

8 weeks post surgery my husband and I headed down to London for my initial consultation and ‘mask fitting’. As someone who suffers from claustrophobia this was not something that I was delighted about. A dose of Lorazepam later and I was ready for my fitting.

The process is designed to create a custom fitted, mesh mask to keep your head and neck still during the treatment. (There was something very ‘silence of the lambs’ about the mask which these days dons bright red lipstick in my nurses office so she can show it to other patients having to go through Cyberknife). 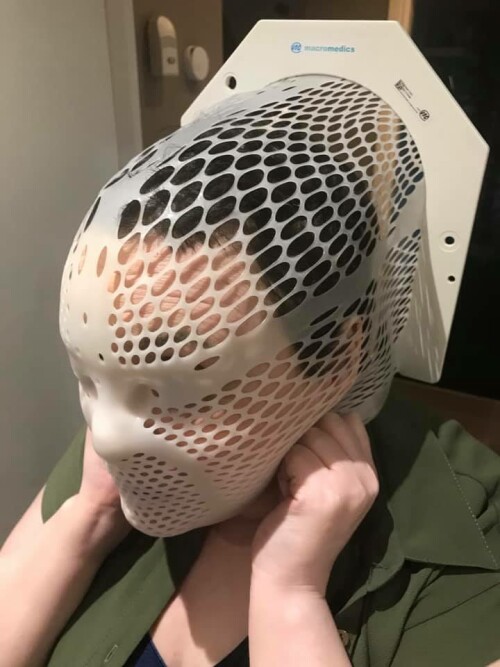 The fitting takes place with you lying on a CT scanner table, the mask starts off hard and is placed in warm water to soften it. The hair I had (it was quite sparse at that point!) was covered with gauze to prevent the nurse sticking anything to it.

The nurses removed the mask from the water and stretched it over my face. I remember one of the nurses telling me to just think of it as being a spa treatment, to which I told her that she really needed to go to a better spa! As the mask is stretched down to the table it is then secured by clips to keep it in place as the nurses used their fingers to mould it exactly to the shape of all of my facial features. Once they were satisfied with the shape of the mask, it was left on for around ten minutes to cool and set. I closed my eyes and focused on my breathing and shortly after it was removed and I was free.

Two weeks later we returned to London for the treatment itself. My team has concluded that they could treat me in one visit which would be around 1.5 hours under the ‘cyberknife’.

As I got myself into my gown, I could feel my anxiety building. My nurse for the day prescribed a diazepam to take the edge off as the treatment would require me to lie still on the table for the whole 90 minutes bolted down with the mask on. 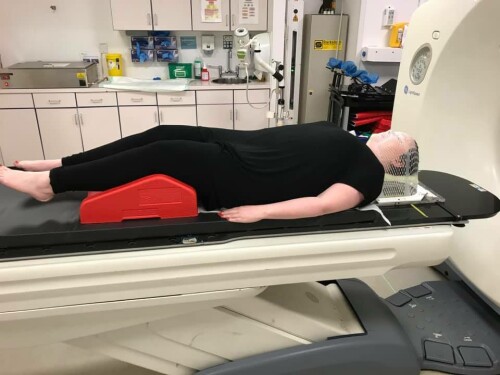 Walking in the control room  resembled a scene from Mission Impossible with computers and large screens everywhere I turned. I was in the adjoining room which resembled a theatre where the Cyberknife machine was situated. I was led to the bed in the middle of the room where the mask was fitted and secured to the table. The nurse explained that the robot is operated from the control room and the technicians communicate with you over the PA system. Minutes later I was alone.

As the machine began to whirr and beep the robotic arm moved in it’s first position. It’s a very flexible robotic arm which moves into a variety of positions throughout the treatment to deliver beams of radiation from a number of angles. The computer used my uniquely programmed treatment plan to precisely focus every beam on the target area whilst preventing damaging healthy tissue.

Around 45 minutes in I had to stop the treatment for a break. It was hard going being pinned down in the mask but I dug deep and got back on the treatment table for the final lap. As the doors to the control room opened and I saw my husband I buckled with relief.

That night, slightly high on steroids (if you know you know!) we went from the theatre at Harley Street to my favourite type of theatre in the west end to watch 42nd Street!

In the weeks following my Cyberknife treatment, I definitely experienced an increase in my fatigue levels but apart from that the side effects were limited.

A small price to pay for a better chance at life! 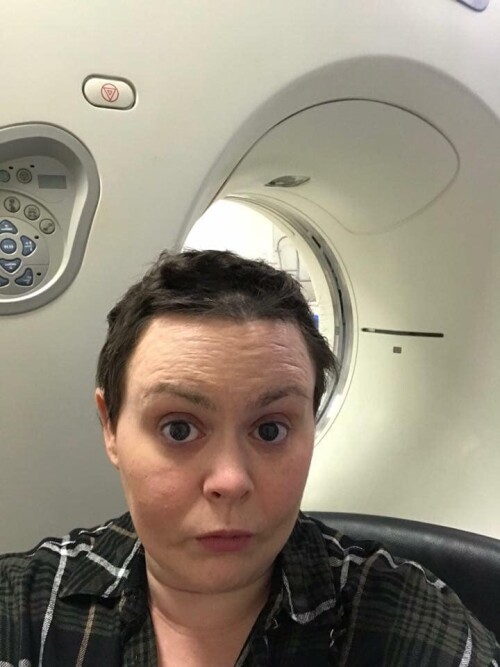 ** Please note my treatment was carried out via private insurance however Cyberknife is available on the NHS. Always ask your oncologist to explore all the possible options for you. **