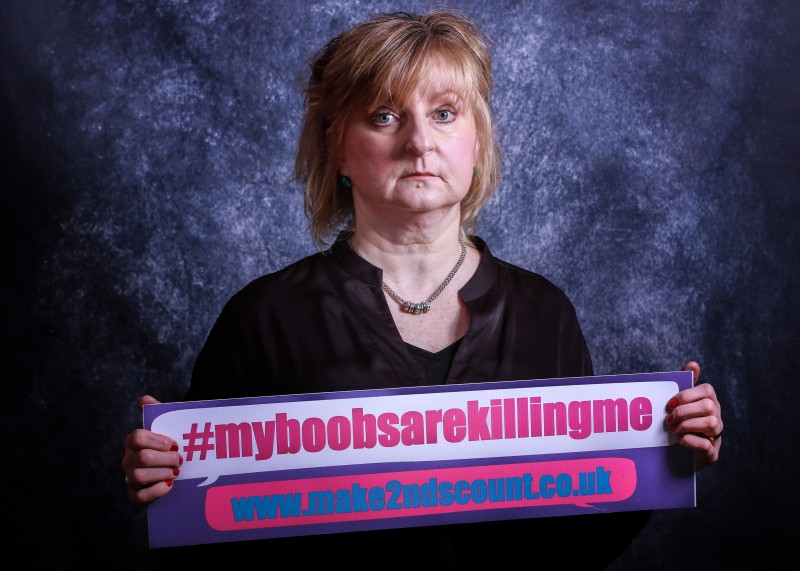 Media coverage over recent weeks has consistently reminded us of how important it is for those with underlying health conditions to self shield to protect themselves from covid-19. For those living with secondary breast cancer, the continuous warnings and instructions to self-isolate can lead to a feeling of hopelessness - a recurring theme over on our Seconds Together Facebook group. However, Make 2nds Count champion Liz’s story shows us that there is hope and there are positive stories out there.

Liz was diagnosed with primary cancer in October 2016, by November the same year, the cancer was identified as metastatic with tumours in her spine and ribs. Living in Edinburgh with her partner and 7 year old son, 2020 began with some devastating news as tests confirmed that Liz’s cancer had spread to her liver. She had been preparing for this news for years but hadn’t felt the any symptoms as she had prior to her previous diagnoses.

When a bit of a cough and slight temperature developed on Friday the 13th of March, Liz spoke to her doctor. She was advised to self-isolate and take things easy. As the weekend progressed, she felt increasingly drained and began experiencing some breathlessness when moving, a symptom she assumed was a result of her cancer treatment.

The symptoms persisted and Liz was advised to go to hospital. Her partner took her to Edinburgh’s Western General Hospital where she assumed she would be admitted to the oncology ward. Instead, she was admitted to one of the hospital’s freshly prepared and covid-19 assessment wards. The ward was quiet as Liz underwent a series of medical tests. Over the following 36 hours, doctors ran a series of tests which revealed Liz’s low immune levels and eventually a positive diagnosis for covid-19. The doctors treating Liz were surprised, the covid-19 diagnosis was not expected and she was quickly moved to the hospital’s dedicated infectious diseases ward. When she arrived she was the only patient, it was clear that the coronavirus outbreak was still in its early stages and as the days went on, more patients would gradually be admitted to the new, dedicated ward as cases of the virus increased nationally.

With the support of amazing doctors, nurses, her partner and son, and all the staff at The Western General, Liz spent a total of 12 nights in hospital. The majority of that time was spent sleeping, whilst a range of IV antibiotic treatments aimed at building up her immune system took affect. For Liz, the effects of the now all too familiar dry cough and high temperature symptoms linked with coronavirus were minimal and she told us that her main symptoms were nausea and exhaustion. That’s not to say the hospital experience was easy. Liz admitted that the situation began to feel very real when a doctor asked what she would like to happen should the virus’ effects intensify and require treatment in ICU. As a mother and a partner, Liz asked the doctors to do all they could in that scenario.

Liz’s story is one of hope. She is now resting at home, in isolation like most of the country and gradually working on building up her strength. Liz's partner is a key worker and with a 7 year old son, Edinburgh's hub schools have offered essential childcare, allowing some much-needed recuperation time.

Much of the narrative surrounding covid-19 and those with underlying health conditions such as secondary cancer is that there is no hope. Liz wants to reassure the cancer community that the virus can be beaten and that there is light at the end of what can seem like a very dark tunnel.