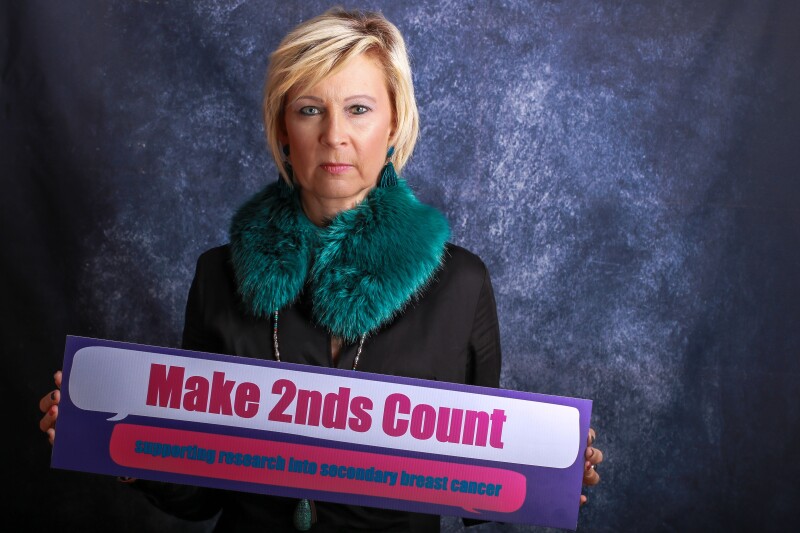 I was first diagnosed with primary breast cancer in May 2016 aged 44 after feeling a lump in my left breast when brushing my teeth one evening. I really didn’t think it would be anything sinister as I had had a clear mammogram in January of that year. Unfortunately following some more mammograms, ultra sound scans and biopsies I was given those dreaded words that nobody wants to hear...... “unfortunately you have breast cancer”. The biopsies identified that it was an aggressive form of breast cancer called triple negative. I also subsequently found out that I had a faulty BRCA1 gene and therefore had a higher chance of ovarian cancer and also of it returning in my other breast.  I spent the next year going through chemotherapy, several surgeries and radiotherapy. By June 2016 I got the good news that my cancer was gone! However, this good news was short lived and by the August my cancer had returned but was still localised so I embarked on further chemotherapy and surgery. Again a year later in July 2018 I was told the cancer was gone but yet again this was short lived and by the September 2018 it was back again but devastatingly this time I was advised that it was secondary (treatable but no longer curable). You can never be prepared to hear that and your mind goes to all sorts of dark places. I am normally a very positive, determined and upbeat person but hearing something like that does take you some time to come to terms with. Around this point I met Lisa Fleming (founder of Make 2nds Count) whilst getting chemo and joined the Make 2nds Count group. The charity has not only provided me with a lot of information but it has also enabled me to chat to and share stories with many cancer patients in similar situations. This invaluable network has resulted in me making so many more new friends. I have now been on chemotherapy since September 2018 and will continue to do so until.........well, let’s just say I hope that I never get to that stage as that can only mean one thing!

Over the last few years along with family and friends we have raised money for Make 2nds Count by walking 26miles, holding Balls, kilt walks, holding auctions and even creating a parody of a Proclaimers song! The money goes towards Research, Support and Education which is key to supporting those with secondary breast cancer. We are living with cancer and want to continue doing so, so please don’t write us off!

Myself and partner Alistair of 10 years recently got married. Due to social gathering guidelines we married in a marquee in our garden. It was a truly unforgettable day filled with many surprises! It was all the more poignant as at the end of March I was given a prognosis of 6-12 months (something which I am determined to beat!) My current treatment does seem to be working and my amazing oncologist (Dr Olga Oikonomidou) is doing everything that she possibly can to keep me alive for as long as possible. I have a 13 year old son and the most wonderful family and friends so have everything to live for.

My coping strategies are fashion, socialising and exercise. I love nothing better than colour coordinating my outfits, catching up with friends over a coffee and getting out for walks. Exercise is so important in helping with treatment but the most important thing is keeping a positive frame of mind. There is no doubt it’s a difficult journey but supported by charities such as Make 2nds Count we can maintain a sense of “normality”. Please continue to support these charities as you honestly just don’t know if you will ever find yourself in the same position as me.

Thank you for taking the time to read about my journey